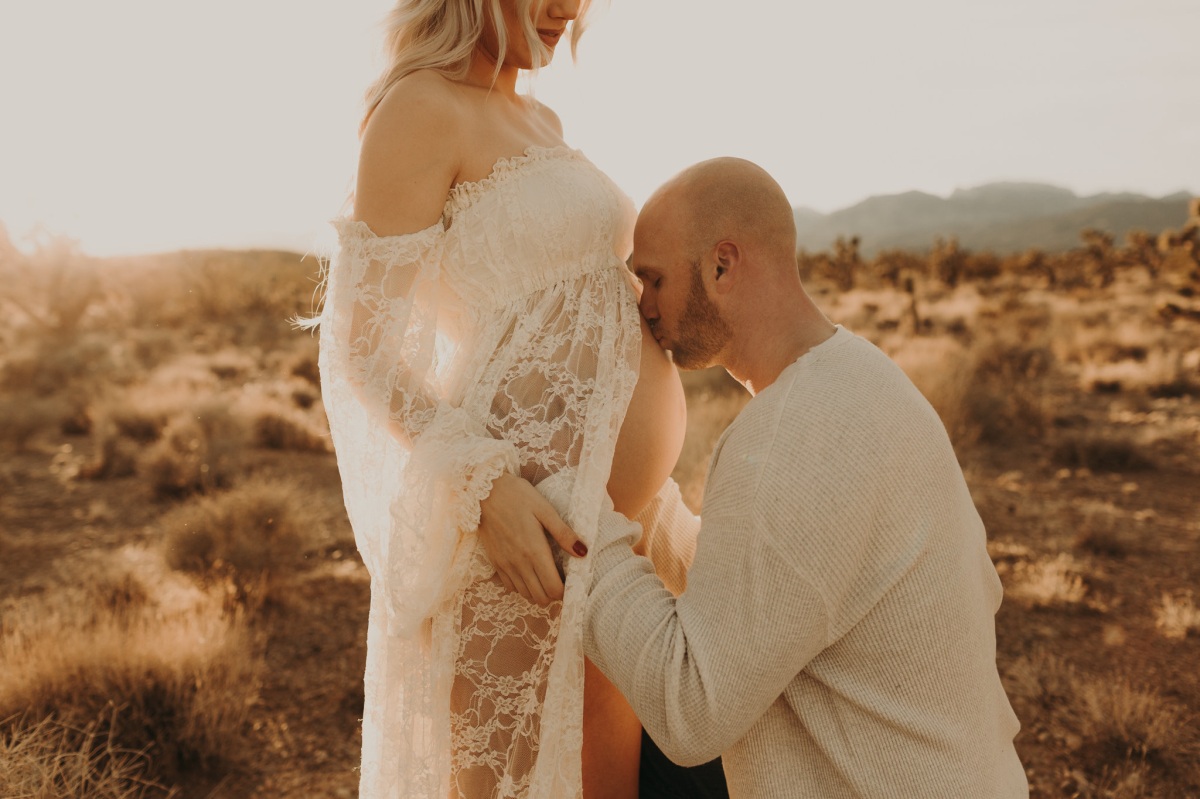 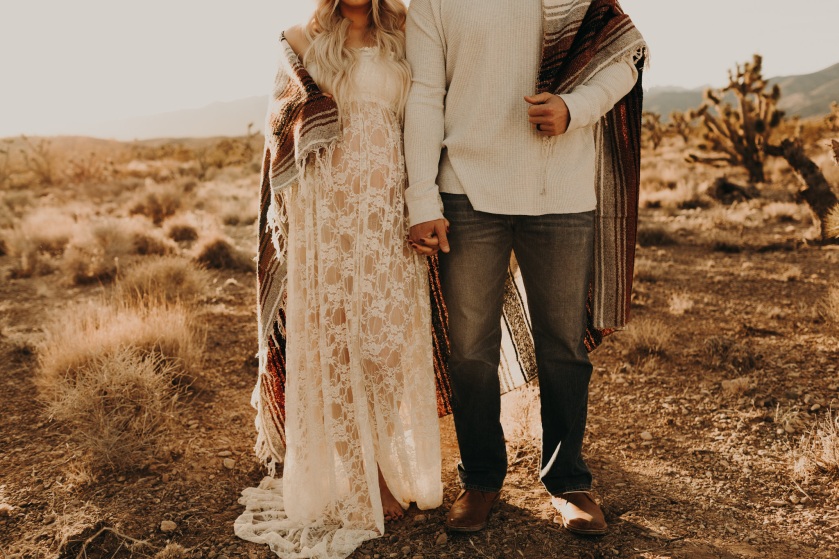 When my husband and I decide to do something, we don’t like to waste our time. We moved in together quickly, were engaged after six months, and trying for a baby within the next six. So it’s no surprise that we became pregnant on the first try! You can imagine our joy finding out that we were expecting a child, as we both wanted to be parents for as long as we can remember.

Before I finally found out I was pregnant, I had taken multiple tests, which all came out negative. I was so disappointed, but also knew that something different was going on in my body. (I truly believe that MOST women have an intuition about being pregnant.) My primary care doctor ordered an ultrasound after my tests came out negative so she could rule out the possibility of ovarian cysts. After waiting for the results of that ultrasound (they took about 3 weeks, ugh!) I got impatient and went to the hospital. I was feeling so light headed and feeling lots of pain in my lower abs. After waiting for about an hour in the ER there, the doctor finally came in and diagnosed me with “benign positional vertigo.” I was feeling so defeated as she flipped to the next page of my release papers, “You know you’re 5 weeks pregnant right?” I burst into tears. I immediately facetimed Nick who was patiently waiting for my diagnosis from across the country. We were both so ecstatic and immediately began talking names, sports, schools, etc.

A few days later, I was able to pick up my results of my ultrasound from the imaging offices. They included a paper that explained my results.

Of course I started googling right away, which is never the right thing to do in a medical situation, but found out some helpful information and hundreds of stories of miscarraiges and infertility. Basically, a normal uterus is oval shaped, while my bicornuate uterus is heart shaped. Cute right? Not really. In some cases, the uterus will stretch to a normal oval shape, but in others, the uterus leaves little room for the baby to grow, often times causing miscarriage or premature birth. You can imagine my fear reading these stories. I felt so inadequate. But Nick never gave up hope and stayed so positive.

As my pregnancy went by, I felt so connected to my baby from the very beginning. Every single time I heard her little heart beating, it was like music to my ears. I remember praying constantly throughout the day for a healthy baby and researching the best vitamins, foods, etc. to give her everything she needs. Each week that passed was a huge victory in my book. Though many women with bicornuate uterus’ deliver prematurely, the weeks kept flying by… 14…18…20…30…now almost 39 weeks! We are so thankful every day for the gift of our little baby girl who is so eager to be in the world and  has already taken up all of the space in our HEARTS. 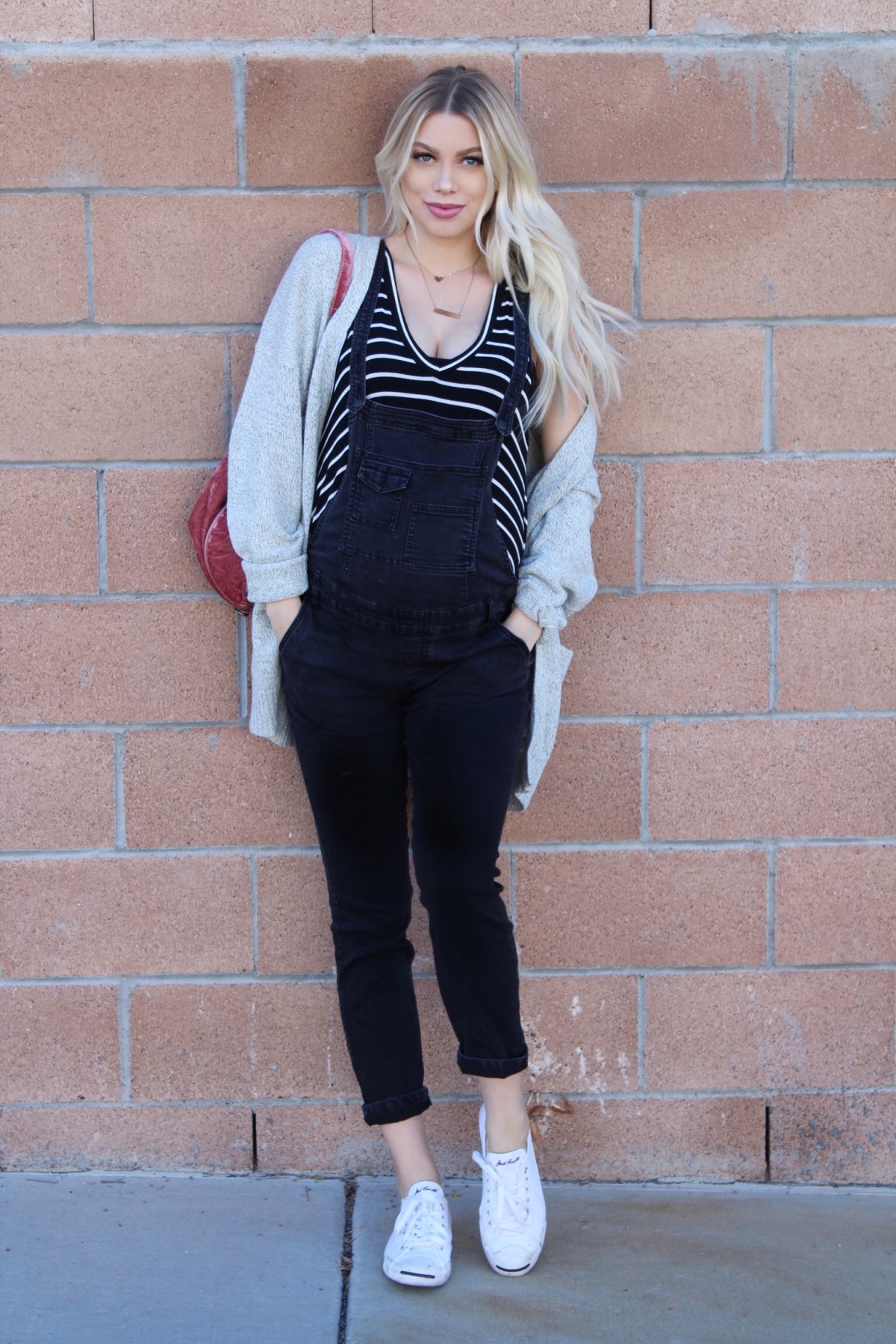 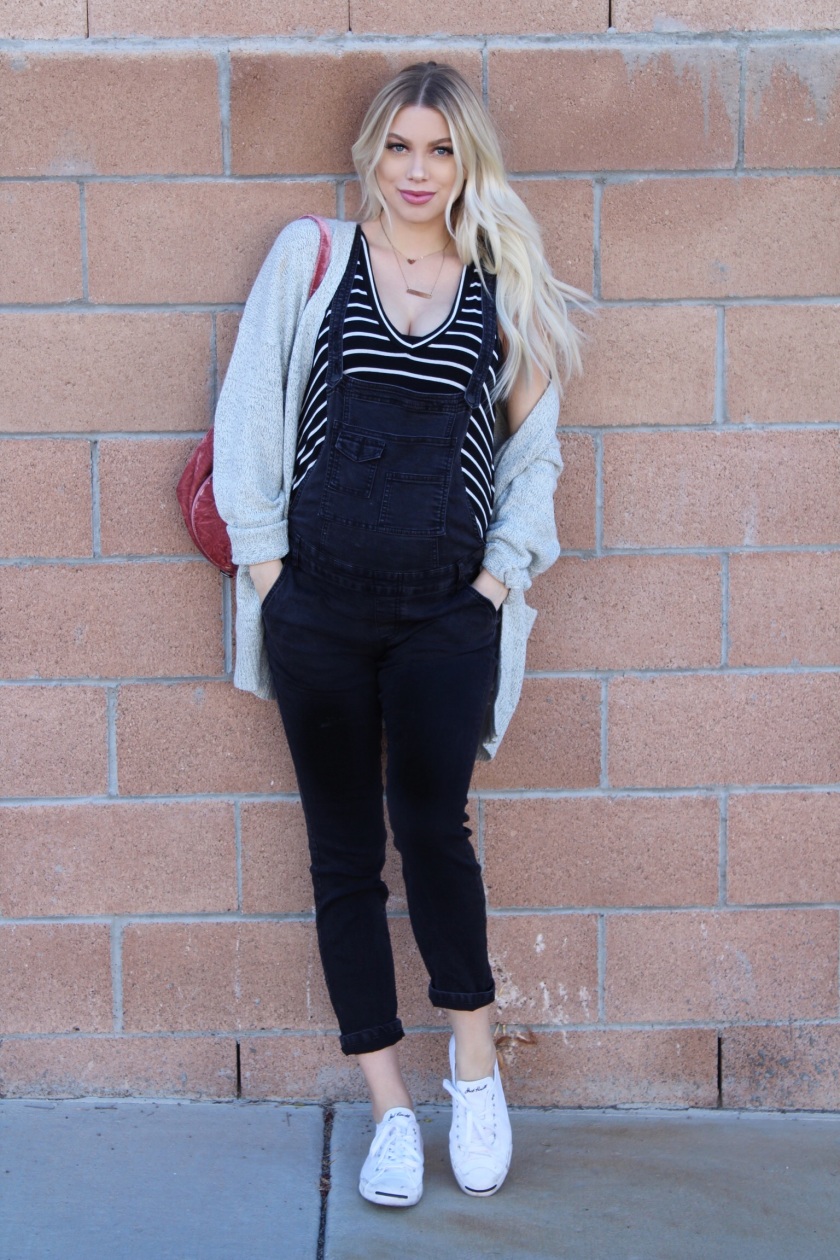 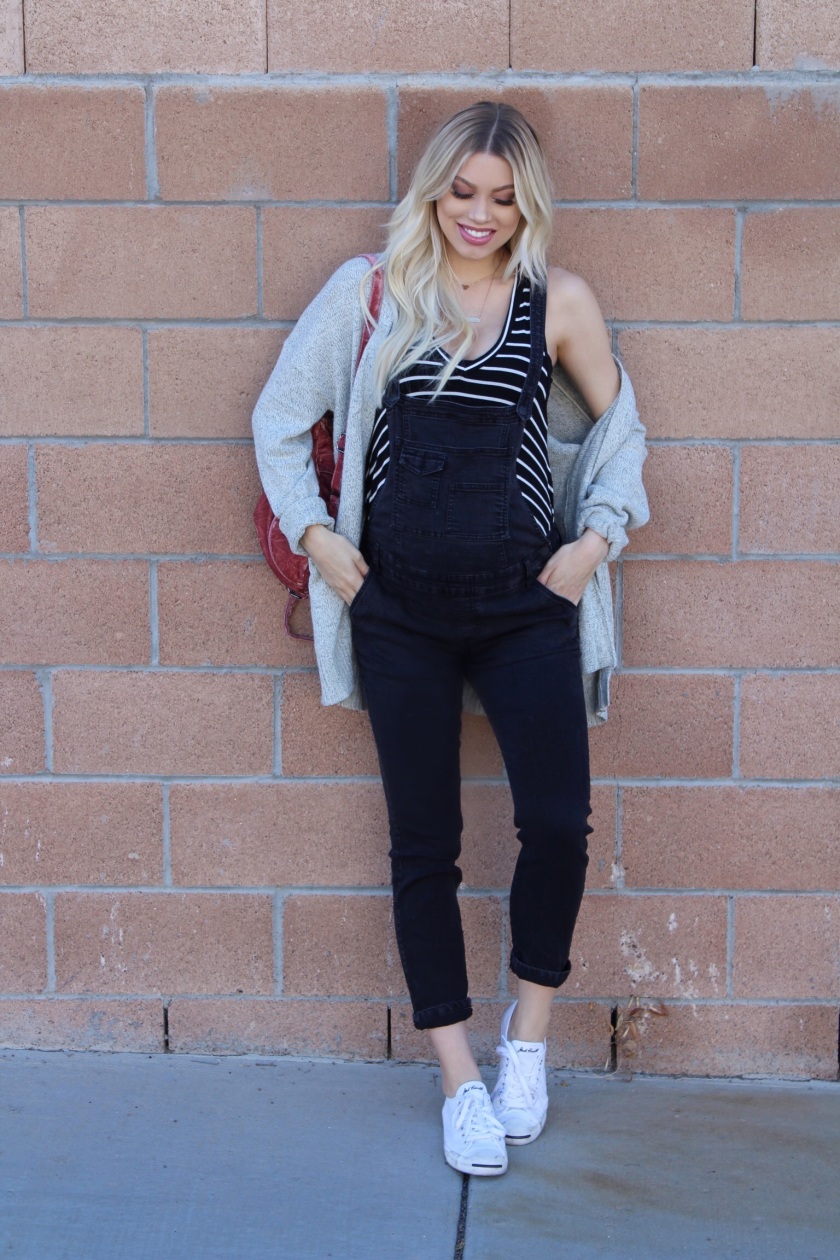 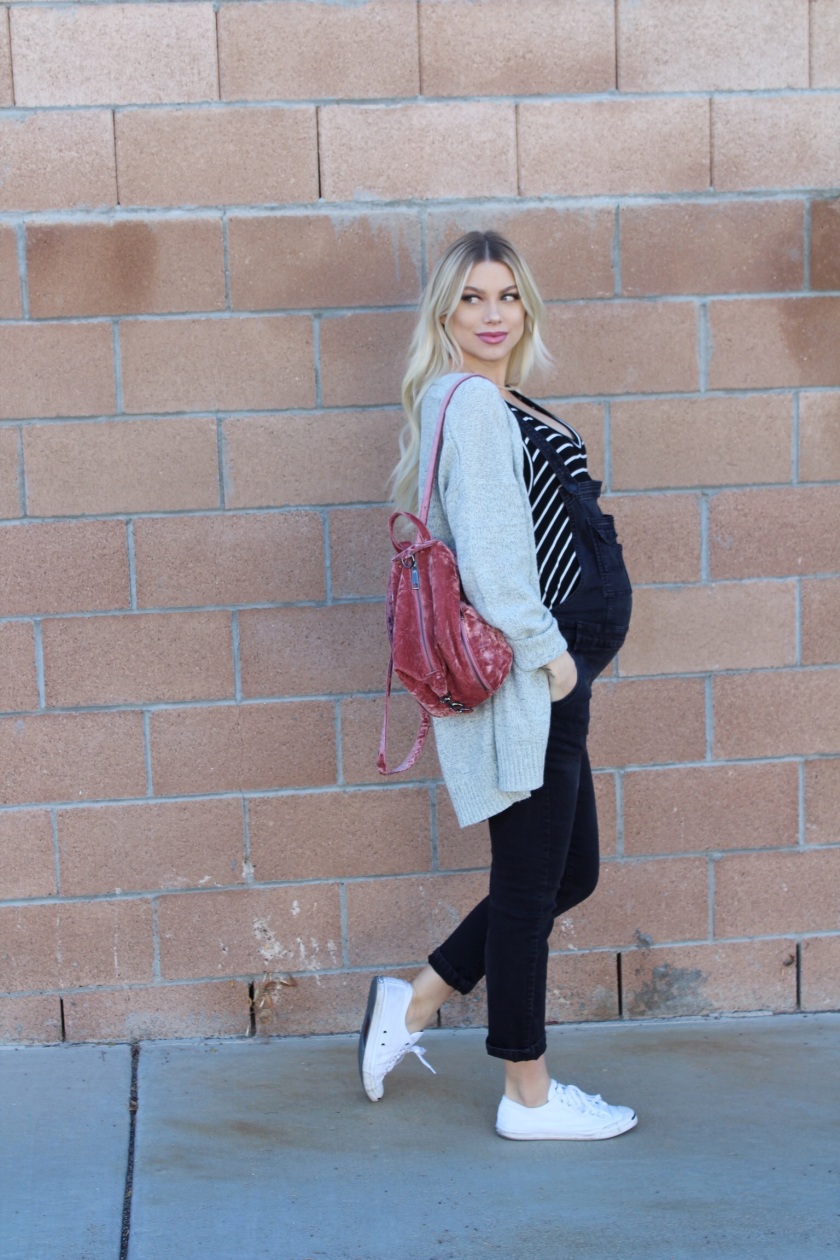 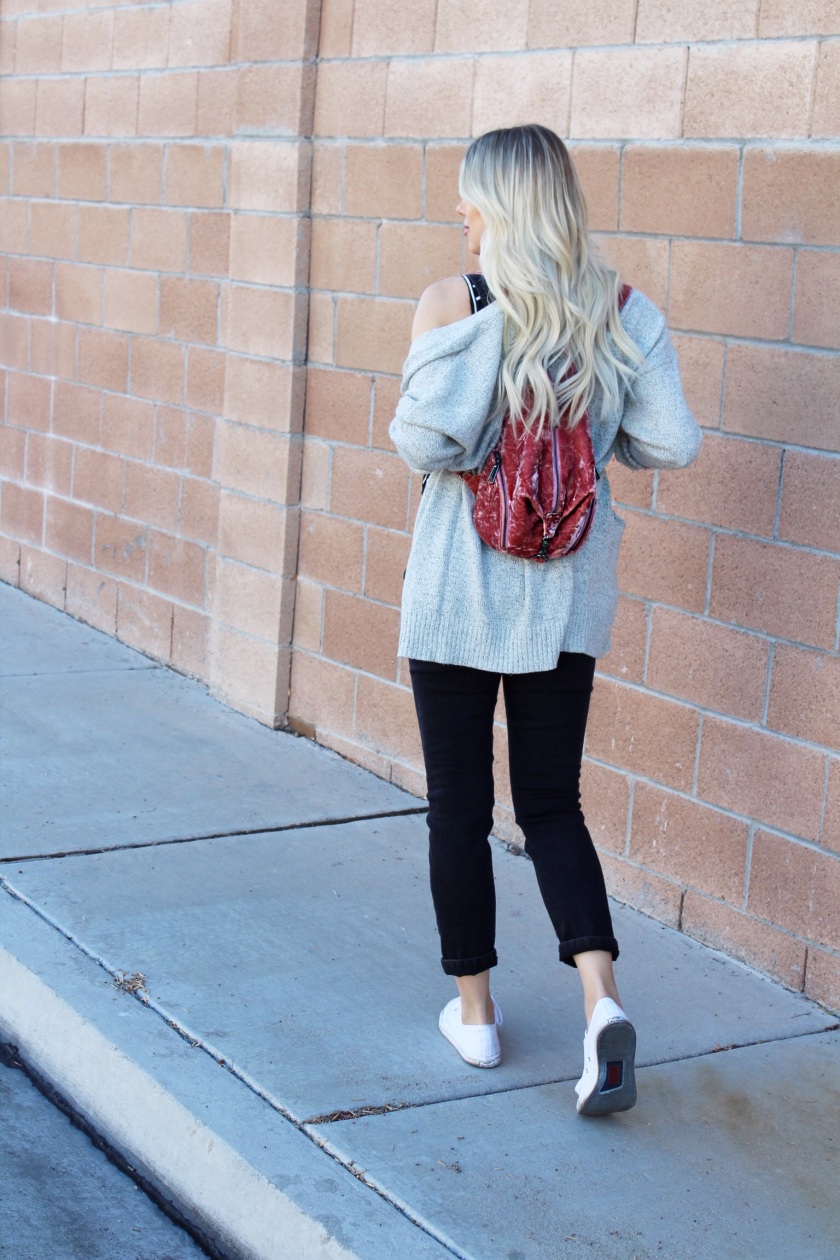 I am so excited to share my first blog post with ya’ll! I absolutely love layering. I think it is the key to dressing for your body and really showing off your personal style. I also have been obsessed with overalls during pregnancy because I feel like they look so cute with a little (or in my case ready to pop) bump! I’ve been wearing my pre-pregnancy overalls, because they fit me better once my belly grew and they got tighter! Ha! I really had never thought to put a cardigan on top of them until I was running out of the house and got a bit cold! I actually loved the way it looked. I chose to style them with my Jack Purcell’s, a striped tee for a little pop of pattern and a pink bag for a little bit of contrasting color. Hope this inspires you pregnant mammas who are having a hard time getting dressed! (I know I do sometimes!)

TO SHOP MY POSTS

Download the liketoknow.it app and shop screenshots from my instagram along with some of my favorite clothing and products at the moment!

There was an error retrieving images from Instagram. An attempt will be remade in a few minutes.